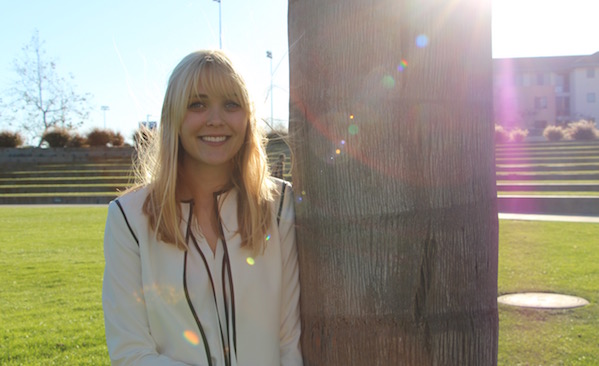 She landed an interview with the prolific company after networking and passing around her resume at the Society of Women Engineers conference in Texas last October.

“It was the knowledge I’ve gained as a member of LMU’s plane team that really helped set me apart during my interview,” Madison said. “They ended up creating a job just for me based off my resume.”

As a member of Aerospace’s Engineering Applications Department, Madison will help develop a variety of software applications and perform analyses for engineering needs in order to support civil, commercial and national security space systems. Additionally, while working full-time she will also be pursuing her Masters in Mechanical Engineering at the University of Southern California.

Originally drawn to LMU for its renowned faculty, Madison discovered connecting with her teachers to be a simple and often rewarding experience.

“I really grew to trust the opinion of Dr. Michael Manoogian in Civil Engineering. I could always go to him for questions about applications, letters of recommendation; he was always eager to help me succeed,” Madison said. “At a lot of other schools, you barely see your professors – not the case at LMU.”

Reflecting on her most enriching experience on the bluff, Madison says that without a doubt it would be her participation in the Engineering program’s plane team.

“Being on the plane team provided me with my first real, hands-on engineering experience,” Madison said. “Last year, we successfully built and flew a radio-controlled plane and this year we are building a plane with an actual engine and wing span of 15-feet. We plan to test fly it in late February.”

With a bright professional future on the horizon, what advice does Madison have for future LMU lions?

“Get involved right away,” Madison said. “And don’t say no to something just because you think you may not like it. I thought I was going to hate thermo-dynamics, but it has turned out to be one of the things I love most – so just keep an open mind.”