Madeline Santy: A tradition of excellence 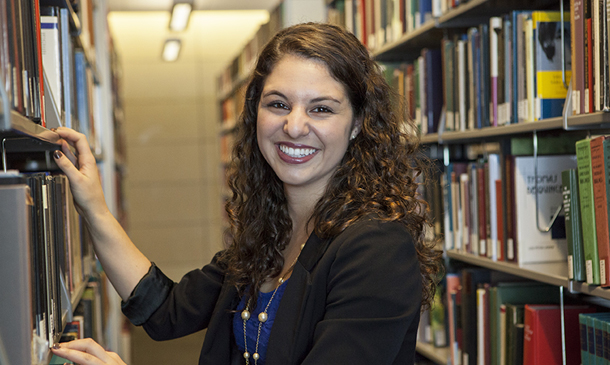 LMU’s 2014 Bachelor of Arts valedictorian Madeline Santy graduated in May with a firm footing on her post-graduate path, beginning her consulting career with Deloitte in Los Angeles this fall.

The finance and economics double major secured her position with the top-ranked consulting firm after attending a leadership conference hosted by the company during her senior year at LMU. As a member of Deloitte’s advisory division, Madeline’s focus is on risk management and controls for outside companies.

“I am helping to identify risks and coming up with solutions when a company wants to implement changes,” Madeline said. “For example, if a hospital wants to go from using paper documents to digital – what are the risks in that?”

It is hardly surprising that the Redondo Beach, Calif. native was selected for such a role – her list of accomplishments is impressive, to say the least.

As the recipient of the Economics Department’s Excellence in Accelerated Economics Award, Micro-Economics Theory Scholar Award, and Delta Sigma Pi’s Key Award, Madeline earned the highest GPA in the business school for the Class of 2014. She’s also a member of Pi Beta Phi sorority and was chair for its 2013 Leadership and Nominating Committee. Madeline also served on the Student Ambassador Advisory Board for the Bellarmine College of Liberal Arts.

Madeline participated in LMU’s 2014 Undergraduate Research Symposium, presenting a design for an undergraduate business course that would teach students how to integrate environmentally conscious practices into organizations.

Her many accomplishments aside, Madeline says that LMU has definitely had a hand in her success, providing her with invaluable experiences and opportunities.

“I appreciated the small class sizes and attentive professors,” Madeline said. “Everything you do at LMU feels as though it is needed and important.”

The highlight of her time at LMU was the real-world experience she gained from participating in the Student Investment Fund, in which 12 hand-picked business students were able to invest $300 thousand in the stock market.

“I learned how to value companies, pitch stocks, all about portfolio management,” Madeline said.

Madeline said hailing from a tight-knit family, one very involved in its local Greek Orthodox church, influenced her decision to attend a university near home. When first exploring collegiate options, Madeline sought a school that would enable her to remain close to her roots, while allowing her to grow as an individual.

Once on campus, she quickly found a second family in the LMU community, which she attributes to the school’s values and grade-A student body. “I was surprised by how fulfilled I felt,” Madeline said.

The education and personal attention Madeline acquired during her time at LMU have helped prepare her for whatever she might come across in her new career.

“In LMU’s business school there is such a focus on ethics and being aware of the societal costs of your actions,” Madeline said. “As a result of my education, I now am very confident going into any career and performing my job in a way that takes into account people I have a direct and indirect effect on.”

The LMU tradition doesn’t stop with Madeline for the Santy family. Her younger sister, Eviania, is following in Madeline’s footsteps, joining the Lion pride this fall as a freshman accounting major. For more on Eviania’s journey, read her blog!