Alexandra Meeks: Making news at CNN as an up-and-coming producer and reporter 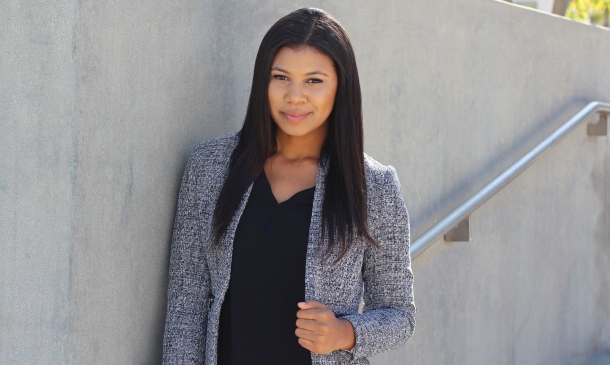 After being awarded the Jovana Lara Scholarship, for which journalism professor Evelyn McDonnell nominated her, Alexandra says all sorts of doors began opening — including invaluable internships at both ABC and CNN, where she was able to shadow news anchors and learn the ropes from producers.

Alexandra's day-to-day duties at CNN include collaborating with producers and editors, conceptualizing news segments and basically deciding what makes it to the airwaves.

"I feel a responsibility to really share what matters," Alexandra said, "I craft meaningful stories which are imperative for a network like CNN because so many people rely on us."

Additionally, Alexandra was a former press secretary trainee for the U.S. House of Representatives, which merged her interests in political science and journalism.

"We live in an exciting political culture," Alexandra said, "I love to be informed and I challenge others to learn more about what's happening around us."

Alexandra says she was attracted to LMU for its proximity to Los Angeles and its rapid-fire news market — but is quick to add that she discovered that one of the greatest things about LMU is the people.

"LMU students are a different breed of Angelinos," Alexandra said. "We all come from different backgrounds but somehow all come together and find similarities through clubs, campus events and classes."

"Paris was the most life changing experience," Alexandra said. "It really encouraged me to break out of my shell and explore what the world has to offer... and it is where I first developed my passion for journalism."

Alexandra's biggest piece of advice to incoming Lions is to be proactive about one's career path. Beginning in her freshman year, Alexandra visited LMU's Office of Career and Professional Development often, where she spruced up her resume and cover letter, took interview preparation workshops and worked closely with a career coach.

"Working with a career coach made me feel more confident," Alexandra said, "I learned how to be my best self in interviews."

Looking to the future, Alexandra hopes to help produce news stories that tackle controversial issues, such as human rights, immigration and political injustice — stories that get people talking and ultimately acting.

Heading into her next chapter, Alexandra is pursuing her Masters in Specialized Journalism at the University of Southern California with a plan to be an on-air correspondent.

"The greatest thing I learned is that it is okay to take risks, make mistakes and get up again," Alexandra said. "Just enjoy the process of being a work in progress."