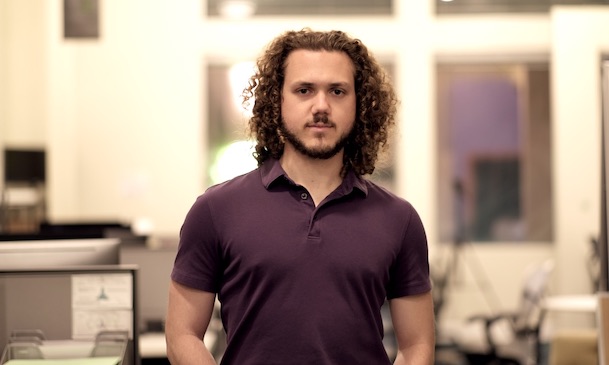 Patrick Utz, LMU’s 2020 Program Scholar for Electrical Engineering, plugged into the interdisciplinary spirit of an LMU education to spark his post-grad outcome to life. Since graduating, the Walnut, California native has been busy launching a software development company called Abstract, an all-in-one workshop for government affairs in California that allows legislators, lobbyists, and government professionals to easily track bills, organize notes, and collaborate in real-time.

Patrick says that Abstract grew out of his senior project via his electrical engineering major and LMU’s Business Incubator, a semester-long course that allows students to gain firsthand experience running a startup. Student teams admitted to the Incubator receive access to a workspace, funding for prototype development, and valuable advice from subject matter experts, seasoned entrepreneurs, and investors.

“The critical thinking and interpersonal communication skills I gained during my LMU experience, particularly through the LMU Frank R. Seaver College of Science and Engineering and the Business Incubator, have been key to Abstract’s success thus far,” Patrick said. “We wanted to create a platform that makes government more transparent for everyone, less corrupt, and LMU gave us the tools, knowledge, and resources to get down to doing just that.”

Currently, Abstract employs seven people and has raised 2.5 million dollars in funding and counting. Patrick is a co-founder along with fellow LMU alum Mohammed Hayat and his childhood friend Matthew Chang.

Originally drawn to LMU for its top-ranked LMU School of Film and Television, Patrick says he began his LMU journey as a film production student, but the interdisciplinary experiences afforded him soon made him realize his passions lay beyond just film production.

“Though I didn’t remain a film production major,” Patrick said, “the concepts I learned during my time in SFTV surrounding storytelling have also been integral to Abstract’s success. Because no matter your field, you’re always telling a story, whether it’s to investors or employees or customers. The story’s the thing.”

In addition to his involvement in the Business Incubator, Patrick also found time to intern, first at Honda in research and development and later at Aurora Flight Sciences, the jet propulsion laboratory for the Massachusetts Institute of Technology. On the campus front, he was President of LMU’s branch of The Institute of Electrical and Electronics Engineers (IEEE), a Resident Advisor, and a barista at The Lion’s Den, LMU’s student-run coffee shop.

As for what advice Patrick has for future LMU Lions?

“Branch outside of your major and pursue opportunities for interdisciplinary exploration,” he said. “Moreover, embrace the idea of Magis, doing ‘more’ for society. Think about how your unique talents and what you do at LMU and beyond can benefit the rest of the world.”