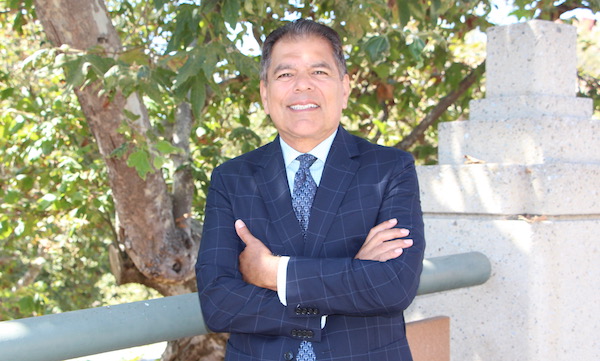 Professor of Political Science and Chicana/o Studies Dr. Fernando Guerra prepares students to live in and contribute to the urban experience through thoughtful participation and activism. A Los Angeles native, Guerra has been teaching on the bluff for over three decades and is as passionate as ever about his role as an educator, his city and its future.

Guerra founded LMU’s Thomas and Dorothy Leavey Center for the Study of Los Angeles in 1996 in reaction to the city’s 1992 race riots. Also known as StudyLA, the Center quickly became influential in decision-making in the public and private sectors. StudyLA’s aim mirrors Guerra’s approach in the classroom – research that leads to action that leads to justice.

Our new first year class is going to be the ones who determine the course this city takes, said Guerra, who received his Ph.D. in Political Science from the University of Michigan. Luckily, more than any other undergraduate body I've seen, our students know why they've come to LMU. They know the mission, understand the university's purpose and put it into action.

With a slate of courses that includes “Politics of LA,” “Politics of California,” and “Racial and Ethnic Politics,” Guerra builds his classroom curriculum around research and research-based projects that take students out onto the streets of LA for hands-on experience. For example, every election, 150-200 of Guerra's students take part in his popular “Exit-Poll Project,” in which students survey voters as they leave random polling places, then study their results to predict the winners.

"It's the largest per capita exit poll in the nation," Guerra said. “14 exit polls and counting, and we’ve been 100 percent accurate. It’s a great experience for the students – they analyze their data for an end of the semester project.”

According to Guerra, the single greatest problem currently facing LA is its lack of affordable housing, which he says can lead to homelessness and increasing economic disparity.

“In 20 years, LA will be much denser, but less traffic,” Guerra said. “There will be a focus on new technologies and mobilization of resources coming to a head – ridesharing, Hyperloop, metro-line additions, new light rail – but the economic disparity will continue to grow.”

This year, Guerra and the Center will continue its annual LA public opinion poll – the largest in LA and urban America. The data is used by students and government alike, especially when it comes to the task of strategic planning.

In addition to being the director for the Center for the Study of Los Angeles, Guerra has also served on standing commissions, blue ribbon committees and ad hoc task forces for the City of Los Angeles and the state of California. He received his master’s in Political Science from the University of Michigan and his bachelor’s in Political Science and International Relations from the University of Southern California.

As for what advice he has for future LMU Lions…

“Enjoy the next four years – they’re going to be life-changing,” Guerra said. “Take ownership of your education. From now until the end of your lives you will forever be associated with LMU and what it means to be a Lion.”