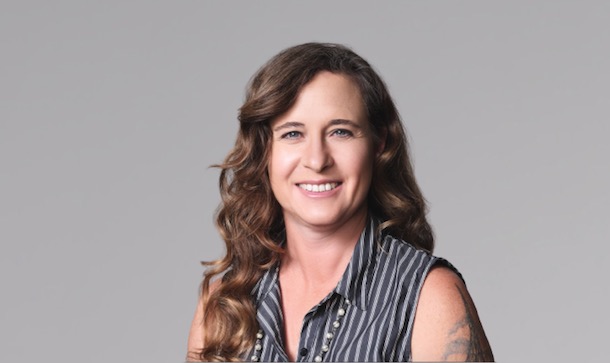 Evelyn McDonnell, LMU Director of Journalism, is a free-press rock-n-roller, preparing students to become expert storytellers and messengers of truth for the greater good. Specializing in music, gender, and politics, McDonnell has been spreading the news on the bluff for ten years and counting.

“I like telling stories that are true because the truth is often stranger than fiction,” McDonnell said. “And at the moment, journalism is crucial to our country’s well-being.”

“LMU’s location provides access to the many media outlets in L.A.,” McDonnell said. “We aim to have students interact with the major players in this landscape and become ethical, innovative storytellers.”

She adds that journalism faculty members are all working journalists, authors, documentary filmmakers, etc., so students are learning from those actively engaged in the field, providing guidance, insight, and connections.

Over the next few years, McDonnell hopes to see the major build upon its strong ethical and critical foundation by adding more courses that focus on television/radio, news documentaries, and online platforms, allowing students to explore the nuances of the Fourth Estate fully.

“There’s a real diversity in LMU students that is very inspiring,” McDonnell said. “What unites them is a sense of a larger purpose - faith, social justice work, and their involvement in service organizations. Our students embody the rhetoric in the university mission of the whole self.”

With a slate of courses that includes “Critical and Ethical Issues in Journalism,” “Feminist Critique,” “Pazz and Jop: Music Criticism,” and “Reviewing the Arts,” among others, McDonnell employs the Socratic method in the classroom, favoring discussion over lectures.

“I hope that my students learn how to write in a way that is informative and a pleasure to read,” McDonnell said. “The best way to learn to write well is to read a lot of good writing.”

McDonnell is a respected writer in her own right, recently publishing her sixth book, “Women Who Rock: Bessie to Beyonce. Girl Groups to Riot Grrl,” an original collection of essays and artwork chronicling the crucial role women have played in popular music throughout history.

“The gender angle has always been critical to me because so few women are music critics,” McDonnell said. “I’ve always been very intrigued by how women artists have been written about by male writers, such as how Joni Mitchell’s romantic involvements seemed to garner more press attention than her music.”

Outside of the classroom, LMU provides student journalists with several campus outlets to hone their craft, including the award-winning student newspaper, The Los Angeles Loyolan, and the student-run production house, ROAR Studios.

As for what advice McDonnell has for aspiring journalists?

“Be a good listener, read between the lines and think about what aspect of the story is being overlooked and needs to be told,” she said.

McDonnell earned an M.A. in Specialized Journalism (The Arts) from The University of Southern California and a B.A. in American Studies from Brown University. Her writing on music, culture, poetry, and theatre has appeared in various publications, including The New York Times, The Guardian, Los Angeles Times, Rolling Stone, Los Angeles Review of Books, Travel & Leisure, Billboard, and Interview, among others.