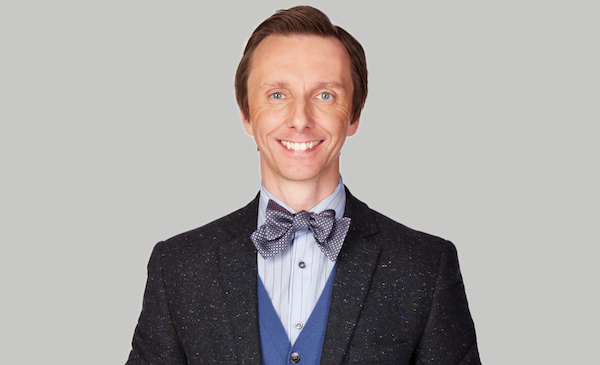 LMU Professor of Music Wojciech Kocyan has wowed audiences worldwide with his artistry on the piano, but his home base for the past two decades has been the top-ranked LMU College of Communication & Fine Arts. Kocyan strives to help young musicians master their crafts while preparing them for careers in music’s competitive world.

“Nothing gives me a greater thrill than music,” Kocyan, who is originally from Katowice, Poland, said. “It is what I want to share with others, and I hope to ignite a similar passion for the art in LMU students, who I’ve found to be incredibly bright, kind, and oriented towards helping others.”

Earning a Doctor of Musical Arts from the University of Southern California, Kocyan recalls practicing at the piano for upwards of 12 hours a day in his youth but says that the LMU Music program aims to attract young musicians seeking a broader, holistic musical education than one that just opens the doors to playing in Carnegie Hall.

“To be a great musician, one must have natural gifts, but more importantly an incredible desire to hone one’s talent,” Kocyan said. “One must fight to have a career that is incredibly demanding and for which one must give up a lot.”

Recently, Gramophone magazine, widely considered the world’s most prestigious classical music journal, selected Kocyan’s recording of Prokofiev, Scriabin, and Rachmaninoff as one of the 50 best classical recordings ever made, alongside such legends as Leonard Bernstein, Dietrich Fisher-Dieskau, and Arthur Rubinstein, among others.

“I’m proudest when I play a piece of music, and it touches people,” Kocyan said, citing Mozart’s “Requiem” as his personal favorite.

In addition to a series of piano courses, Kocyan also teaches a course called “Aural Skills,” a studio class for music majors and minors, and helps oversee the Sinatra Opera Workshop.

Beyond the bluff, Kocyan has been invited to teach master classes in France, Hungary, Austria, Poland, and Mexico, including such prestigious institutions as the Colburn School. He is also the Artistic Director of the Paderewski Music Society and the American Paderewski Piano Competition in Los Angeles.

Additionally, Kocyan is the laureate of several international piano competitions, including F. Bussoni and Viotti, the winner of the Xi International Chopin Competition, and the Paderewski Piano Competition. With such talent and an accomplished portfolio, LMU students reap the benefit of learning from Professor Wojciech Kocyan.

As for what advice Kocyan has for future LMU Lions?

“Be open to everything that comes your way and find out where your true passions lie,” he said.

To give a listen to Kocyan’s artistry on the piano, visit www.wkocyan.com.